Taxation is an important pathway to reduce poverty and inequality. Recognising this, Oxfam in Kenya is advocating for a more progressive, transparent and accountable tax and expenditure regime — leading to a better mobilisation of tax revenue and improved public services. Such an ambitious endevour requires working with all involved:

Oxfam is currently mid-way through a three-year project on Domestic Resource Mobilisation (DRM), supported by the Ministry of Foreign Affairs of Finland. The objective is to empower civil society and in particular, communities in the Nairobi, Turkana and Wajir counties of Kenya, to be better placed to demand their rights as taxpayers, including more accessible public services and accountable and transparent government, ensuring that tax revenues are allocated in ways that contribute to reducing inequality and improving the quality of life for poor, vulnerable and marginalised women and youth.

Working with a consortium of partners, including Africa’s Voices Foundation, the project aims to:

This short video below presents some citizens’ views on taxes, produced for the project under the slogan “Our taxes, our money — Ushuru na Huduma“.

The overall rationale of the project is that positive change will be brought by a new taxation culture, in which citizens – particularly women, youth and marginalised groups – understand their rights and roles as taxpayers. A fair system that provides opportunities for citizens to hold the government to account is required, but change is only possible if governments respond to citizens’ demands, needs and priorities through more equitable fiscal and social policies.

Interactive radio is one channel where citizens can advocate for their rights as taxpayers and voice their concerns about misuse of public funds. Through radio, citizens can also be informed about budget allocation or be consulted about budget priorities. Often, audiences include authorities or companies who listen to these shows to gauge the popular sentiment.

During the project’s implementation, Oxfam in Kenya grounded their strategy and activities in baseline research. A baseline household survey and an interactive radio project were implemented in order to better understand the communities and their perceptions and experiences with the tax system in Kenya.

Working collaboratively with Oxfam in Kenya, Africa’s Voices has investigated the knowledge and opinions of citizens on taxation. To date, Africa’s Voices’ role in this wider project consisted of implementing a baseline study (April 2016) to gather the opinions of radio audiences in Nairobi, Wajir and Turkana counties on the fairness of the tax system, on satisfaction with service delivery, and on priorities for participatory budgeting.

We partnered with Radio Jambo Turkana, Wajir Community Radio and Radio Citizen (a Nairobi-based, nationwide station), to broadcast a short series of interactive radio shows. Using the EchoMobile SMS platform, we set-up two-way communication with radio audiences via a free shortcode, to collect information on socio-demographics of audiences, their tax-compliance behaviour and their satisfaction with service provision. A total of 1149 messages were received from 559 participants (unique phone numbers) across all three stations.

The baseline research set out to benchmark citizens’ knowledge and perceptions on tax issues. We found that most people are dissatisfied with public services delivery, but still consider that paying taxes is the right thing to do. Despite a certain level of distrust in the counties and national governments, fuelled by cases of corruption and tax evasion by politicians, citizens justify paying taxes by contributing to development of their country or counties and to provide public services to the poor. More than a social contract, paying taxes is seen as a moral obligation. Some selected messages from the radio audiences are below:

Wairu Kinyori, Tax Justice Project Manager for Oxfam in Kenya, says: “What attracted us to Africa’s Voices was the methodology they use to speak to the citizens. The radio communication was unique as it not only served as a tool for data collection but it was also a way of engaging citizens on these issues and this beginning our advocacy work. We were pleasantly surprised by the interesting insights that emerged from the study. The insights have fed into a larger baseline study that was commissioned. Further, the insights will be used to inform the advocacy and campaigning approaches in the different regions. This will also be used to inform dialogue with County and National Governments.”

Open a presentation about our baseline research and results.

In September 2016, all the partners in Kenya gathered in Turkana to discuss progress and learnings. One suggestion raised was that Africa’s Voices could work with other DRM partners (such as Caritas in Turkana and the National Taxpayers Association in Nairobi) to sensitise communities to tax issues and to spark conversations. We also discussed ways of improving the gender balance in radio conversations, by considering radio segments when women are more likely to be listening, as well as training radio hosts to promote female participation, and to manage engaging discussions.

Later in the year, an international DRM review workshop took place in Vietnam (where similar DRM activities are taking place, by Oxfam), where it was highlighted that Oxfam in Kenya and their partners view this initiative as innovative, bold, timely and relevant to the needs of the ultimate beneficiaries. During this workshop, we discussed the need to convey clear messages to enable communities to have a better understanding of fiscal and social inequality issues. There was also a recommendation to proactively reach out to target communities so they put pressure on politicians running for office in the national elections to feature progressive fiscal and social policies high on their agendas.

With the project set to wrap up at the end of 2017, Africa’s Voices is currently planning a midline research study, and will carry out an endline study at the end of 2017 to measure audience reach and engagement as well as the gains in their knowledge and shifts in their opinions throughout the project. These will involve broadcasting a new series of radio shows, send out SMS surveys, as well as analysis of tweets with the hashtag (#ourtaxourmoney) and other relevant social media data. 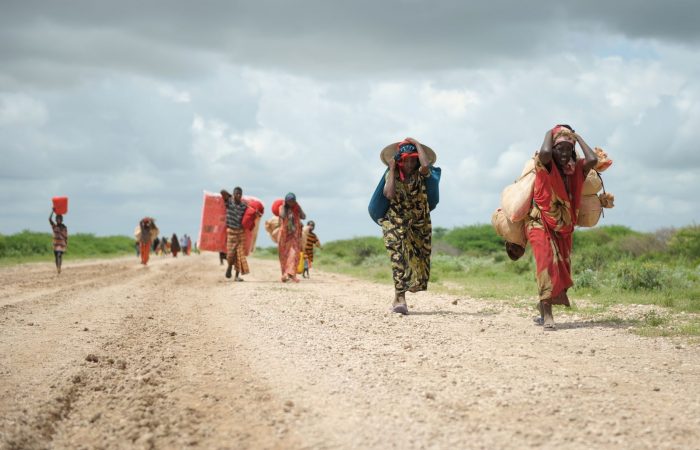