For many of us reading this, the digital realm seamlessly integrates with most aspects of our lives: we rely upon the internet for work, our phones to connect, and a multitude of digital services to inform and empower us. It’s so pervasive, that we rarely consider how access to the digital world confers power, and that — as with most forms of power — it is unequally shared among our global community.

Those who are already disadvantaged — poor, rural, older, and female individuals — disproportionately make up the 53% of the world’s population who are not digitally connected. The so-called ‘digital divide’ perpetuates existing inequalities by restricting peoples’ ability to exercise their rights or participate in public life, the economy, and society.

One of the most striking digital inequalities is that between the genders:

states a new report by the United Nations High Commissioner for Human Rights, which was presented to the Human Rights Council in Geneva this month. Africa’s Voices contributed to the report, sharing our experiences of the frequent exclusion of women in digital forums — specifically, women’s low participation in interactive radio shows via SMS.

Our insights began when Africa’s Voices was still part of Cambridge’s Centre of Governance and Human Rights (CGHR). A CGHR household survey in Kenya and Zambia (2012-14) found that nearly twice as many men engage in interactive radio shows by SMS as women. Consequently, women’s diverse voices are often not being heard and their perspectives not included as much as men’s in discussions and decision-making.

Much of the digital divide literature focuses on whether people can access and afford technology. Yet our research found that while these factors are necessary, they’re not enough to explain why women are so underrepresented. For example, in Kenyan constituencies, there was nearly universal access (over 96%) to mobile phones and no gender gap in access. Irrespective of mobile phone access, women are less likely to listen to and participate in interactive shows (controlling for age and education). Why could this be?

The overlooked role of socio-cultural factors

Forums, digital or otherwise, are shaped by socio-cultural norms and the collective beliefs of the discussants. Norms can enable or restrict who participates and how, such as the suitability or appropriateness of women raising their voice in a public space.

The CGHR research found widespread perceptions that men discourage women from participating in interactive radio shows, and a perception that women are not interested in current affairs or politics. Beliefs such as these can spur a self-fulfilling prophecy.

The bias towards men in interactive radio shows suggests that these are forums which reproduce existing social relations. However, these spaces also present an opportunity, as they hold the potential to help realign social relations and gender norms if the conversations are convened and curated in a way that supports greater female participation.

Sally from Beat FM was a radio host for Africa’s Voices interactive radio project on maternal health in Uganda.

At Africa’s Voices, we employ strategies to overcome some of the socio-cultural barriers to female participation and boost inclusive discussion. This is especially true when our target populations, that is, those whose opinions and beliefs we aim to capture, are girls and women. Measures we take include:

Figure from our report on our pilot project for UNICEF Somalia

The Sustainable Development Goals (SDGs) dominate the current development discourse. Goal number 5 focuses on gender equality, and one of the eight targets (5B) is to ‘enhance the use of enabling technology, in particular information and communications technology, to promote the empowerment of women’.

This is a worthy goal, aimed squarely at reducing the digital gender gap. And yet the indicator for this target, that is, how it will be measured, has a sole focus on women’s access to mobile phones. Our research and projects have found that even when formal exclusions are removed, and access to technology is equal, informal and intangible exclusions such as social norms can prove far more powerful and should not be ignored.

Participation in the digital world relies on many factors: education, infrastructure, socio-cultural norms, legislation, affordability, security, and many others besides. Increasing access to technology alone will not bridge the gender digital divide.

Fortunately, the 17 SDGs are diverse and comprehensive in their approach to addressing global challenges. When considered collectively, the SDGs provide a multi-pronged solution to reducing divides around the world: SDG 1 aims to eliminate poverty in all of its forms, SDG 4 is cheerleading parity in quality education, and SDG 9 promotes inclusive infrastructure and innovation.

At Africa’s Voices, we’ll keep sharing our lessons, and be flying the flag of the role of socio-cultural factors in the digital divide, so that together with others we can help to make digital inclusion — and the power that comes with it — a reality. 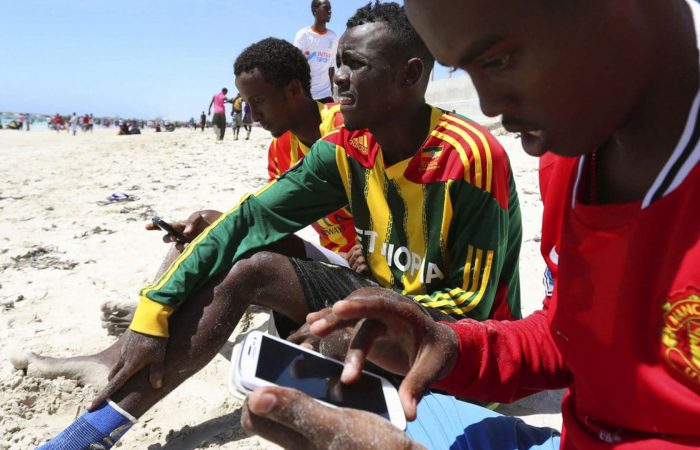 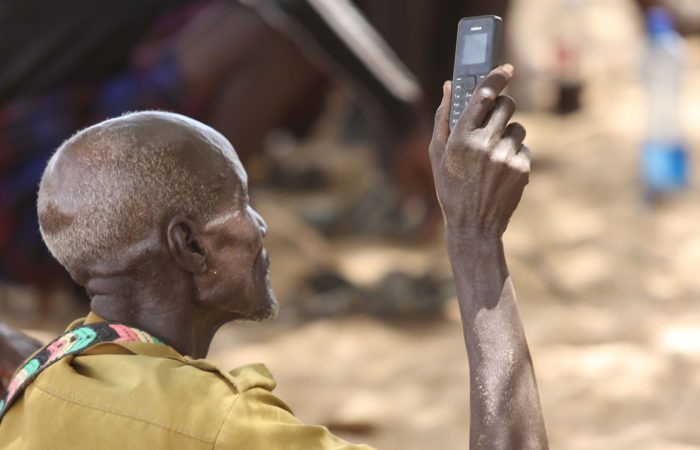 Valuing voices in the digital age